A while back I saw this box picture of an unusual Hot Wheels track set. I’ve never seen one of these before. The lettering tells you this is something exotic.

A search of the internet revealed absolutely nothing about this track. It’s from Japan, so I asked some Japanese friends of mine what the box says. 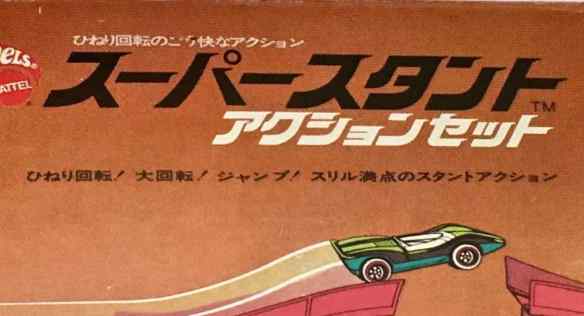 I like the ‘full points’ translation. It’s a Japanese way of saying complete, total or perfect.

So the full transliteration of the box in English would go something like this: ” Awesome twist loop action. Super Stunt Action Set. Twist loop/Giant loop/Jump/Totally thrilling stunt action”. My friends said to me, “Wow! It’s so dramatic!”.

This set is ultra rare. I don’t have one but I have the components to build one. I used a 1971 Sizzlers Stunt Loop Pak… 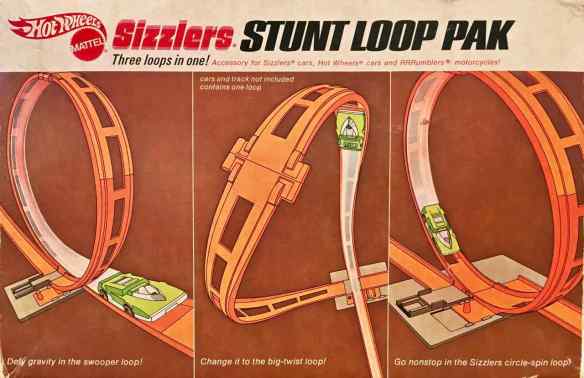 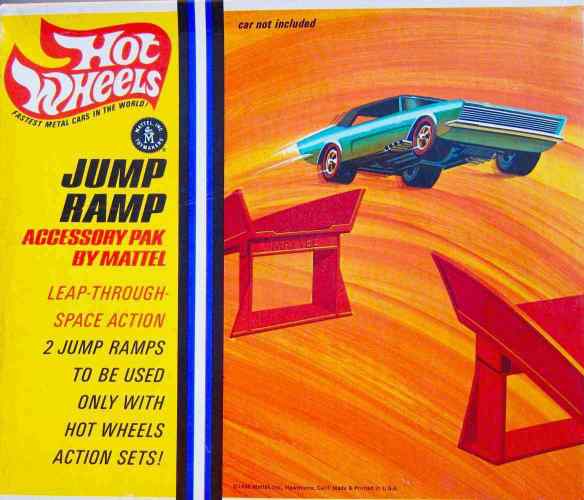 And a universal clamp, 3 joiners and 6 pieces of orange track.

So how dramatic is it? Here’s the 4 cars I ran on the track…

And here’s a link to my video showing this set in action.

So there you have it. The 1971 Hot Wheels Super Stunt Action Set from Japan. 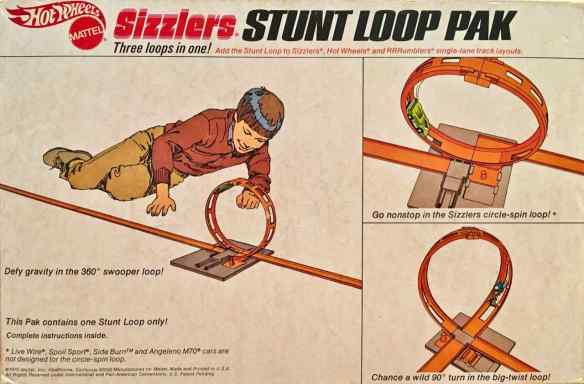 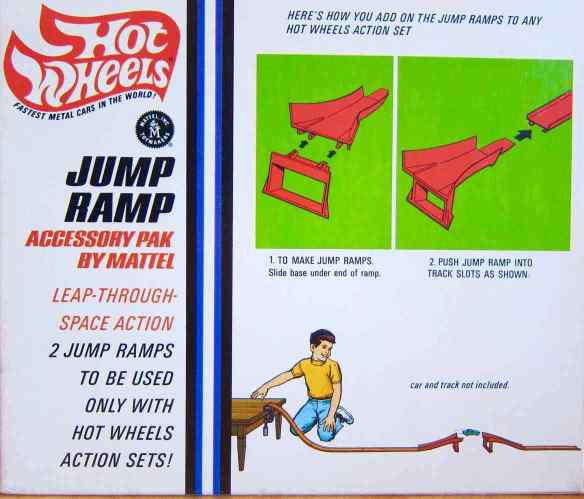 And here are the instructions for the Sizzlers Stunt Loop Pak. 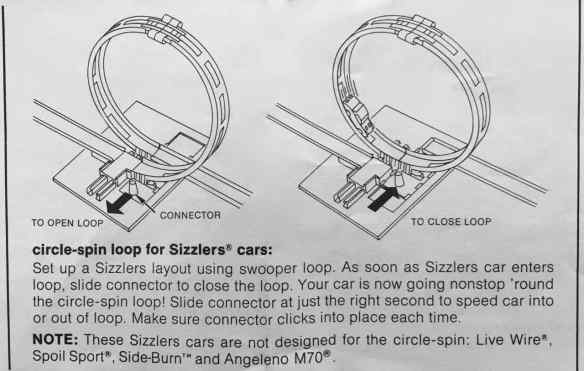 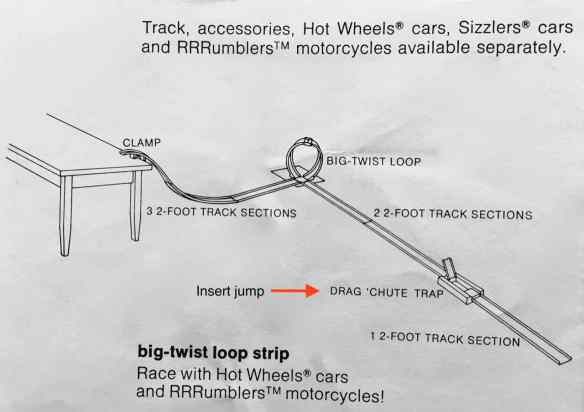